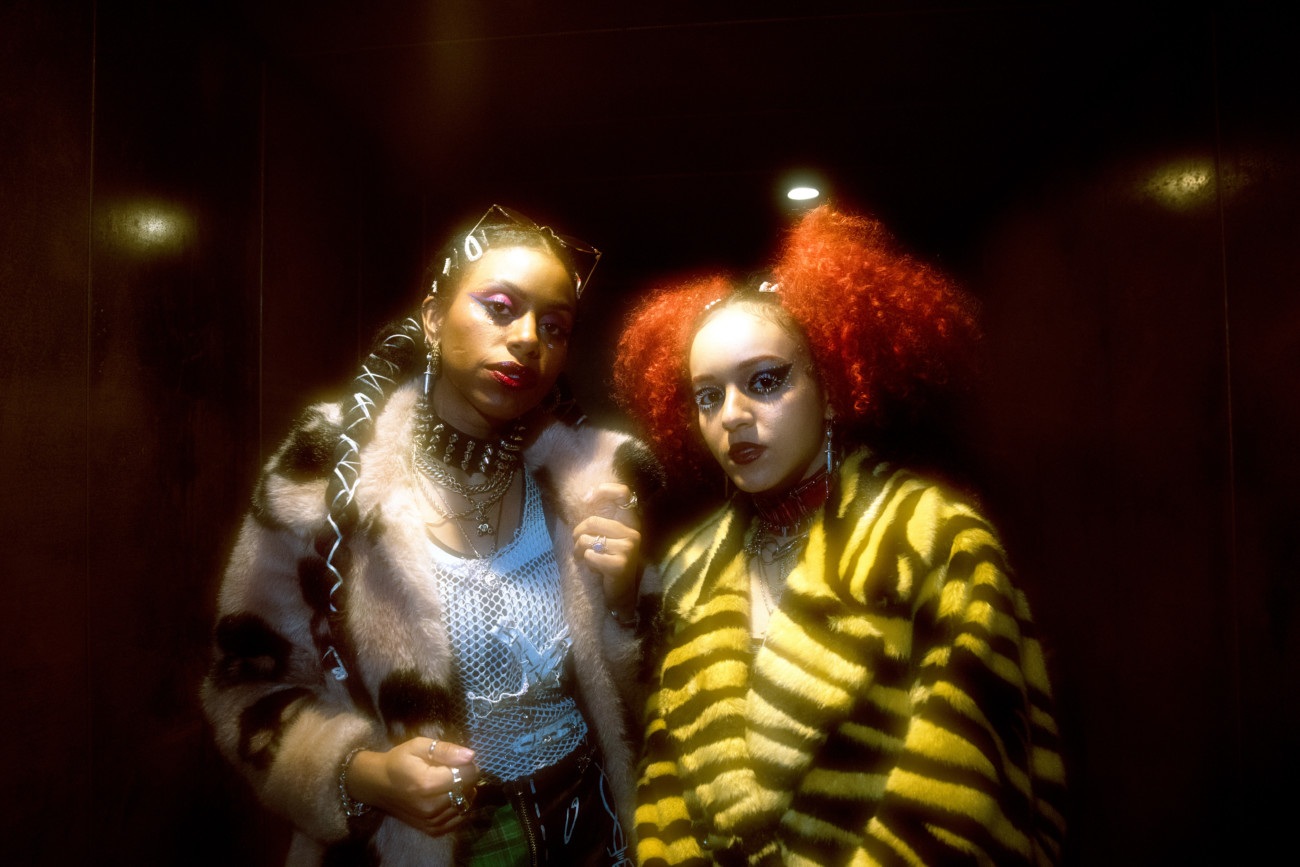 25 Avr INTERVIEW : Nova Twins redefine themselves with contrast with Supernova

We discovered Nova Twins with their first EP in 2016. The London duo founded by Amy Love on the guitar and Georgia Southa on the bass has since then conquered France. Ahead of the release of their second LP « Supernova » in June, their brought their fusion of grime and punk in a French tour. We met them a few hours before stepping on the stage of Nouveau Casino in Paris. They talk about their creative environment and their new album.

What are the three words you like to use to describe your music?

When writing music do you like mostly think about how it’s going to sound live or recorded?

G: A mixture of both because sometimes some songs lend themselves for that live kind of energy, so you think about the drop, or at least you want it to have that kind of impact. But then for other songs, you kind of just think about the song in a more intimate way.

Is there anything that inspires your creative world? It does not have to be related to music?

A: I think life, family, friends, what’s going on around us, each other. I think the music we make is quite a personal experience, so I’d say just life.

G: There’s been quite a few now, you know those moments when you’re like: wow this is it.

G: In lockdown we won a Heavy Music Award for Best Newcomer. At that time, we were really worried about everything and especially music. Then having that really picked me up and it just meant a lot to us that people got behind us and voted, it’s a nice feeling.

How would you describe your upcoming album?

G: “Supernova” is a really great word to describe it.

Right now, if you could go back to one musical periods, what would you go back to?

G: The 90s that’s where I’ll go. All the big leopard print coats and Destiny’s Child.

A: I wouldn’t mind to try and go back to the 70s for all the glam rock kind of stuff. I’m not going to cover the concepts that were quite fun.

A: It would be fun to do something very different from us. Who would you not imagine Nova Twins with?

G: Jazmine Sullivan, she’s like a really great like soul singer. It’s very different but I would love to.

Are you more of album people or single people?

A: Albums for both of us. Sometimes streaming is good for a background playlist.

G: We do love listening to singles but we love making an album.

A: When it’s an artist you like, you listen to the body of work.

Music in the shower, yes or no?

G: Really unexpected but Ariana Grande’s last album. I listen to that in the shower a lot.

G: The Bring Me the Horizon EP.

Who are you excited to see breakthrough in 2022?

A : Bob Vylan, Cassyette, Imparfait, Dream Nails, Connie Constance. There a lot of great artists at the moment.

Interview and pictures by Laurine Payet