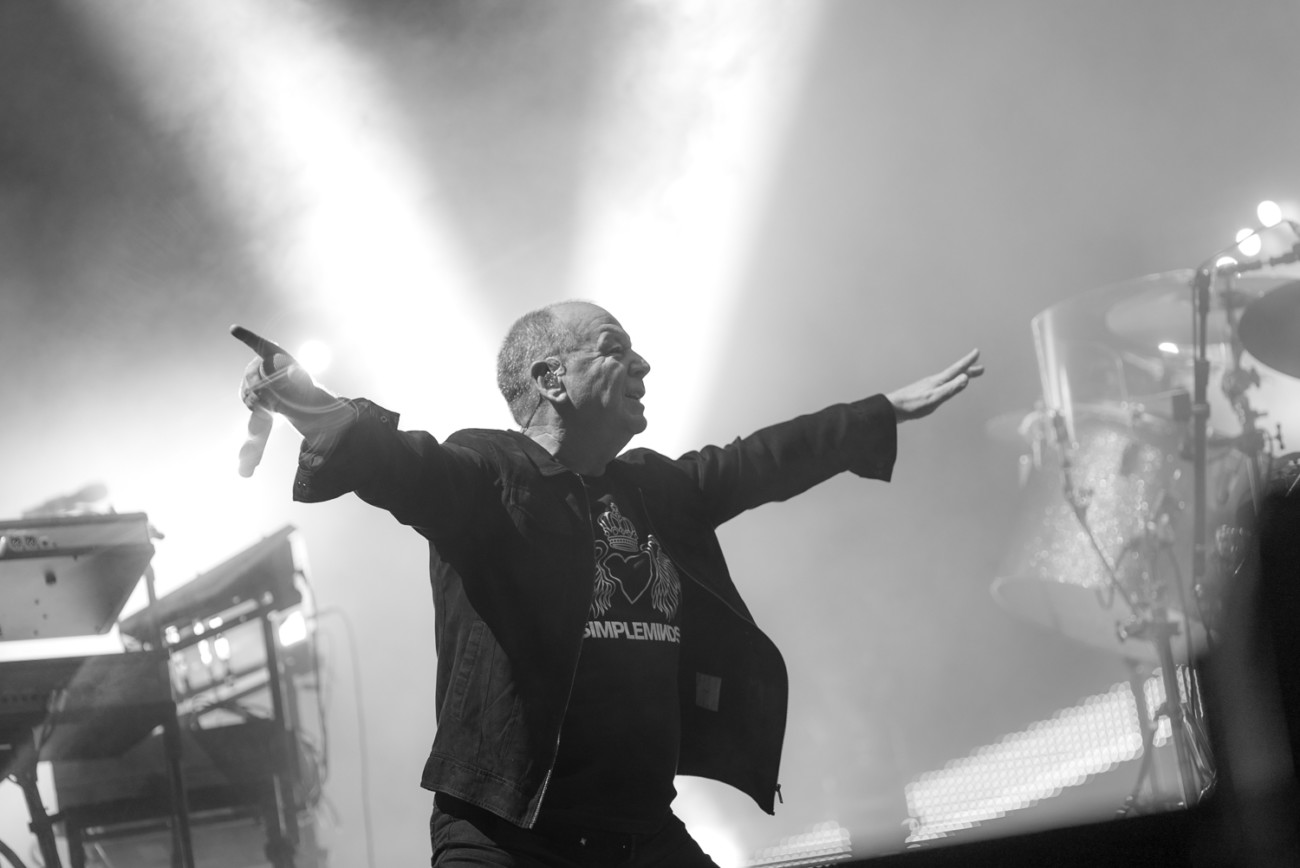 Four years after the release of Walk Between Worlds, Simple Minds is back with Direction of the Heart. We met Jim Kerr – founding member of the band in 1977 – who answered our questions with a great tangible passion for music.

Sound of Brit: After four years you’re back with a new album called Direction of the Heart, what exactly triggered the creation process?

Jim Kerr: We never stopped writing, even at that stage when we’re not touring. Music and songwriting are still a great puzzle to us. It’s playful, it’s difficult but it always feels like a new chapter to be written in the Simple Minds’ story. It was time for a new chapter. The times themselves were unusual because the album was written during Covid. When we look back now, it doesn’t seem so serious but it was profound, I mean my brother leaves in Paris and he was showing me photographs of the city with nobody in the street! Especially those first few months of uncertainty when people traveled again, go in elevators again, sit close to each other! It was so hysterical. But what was great for us was being an artist, you could kind of escape into your own world, and our own world was music and songwriting.

SOB: So this felt like a true breath of fresh air?

Jim Kerr: It’s funny you say that because it really was fresh — we worked half way up a mountain in Sicily. We had such a beautiful view and the weather was incredible. We felt so lucky. They were biblical times in the country, and it felt like I was escaping reality.

SOB: Did the fact that you wrote the songs in Sicily have an impact on the music style? Or do they still remain definitely Scottish/British?

Jim Kerr: The geography doesn’t so much come out in the sound. Where you feel good, where you feel energised, where you feel positive, if you’re in that frame of mind it impacts the work. You don’t have to be in a beautiful place to make nice work, we’ve been in terrible basements, dark horrible dirty halls and made some beautiful music. It’s all about energy in my opinion.

SOB: Would you say that there’s a certain continuity with the previous albums or on the opposite a sort of rupture?

Jim Kerr: Each of them are a snapshot in time but it’s the same DNA.

SOB: The title of the album — Direction of the Heart — is not an eponymous song, can you explain this choice?

Jim Kerr: It seems to sum up a time of contradictions. Nobody could tell what would happen next, the experts couldn’t agree what this thing was about. Would it be over in six months? Two years? All you could do was rely on your inner voice. Our inner voice was just saying: go back to music this will pass. It’s a poetic way of saying we followed our own direction.

SOB: You described the album as a feel good electro-rock piece of music — was it a conscious purpose or just a wishful result?

Jim Kerr: Well it’s always wishful but it was a sweet spot for us. We have a particular fondness for our early electro/hard rock years but we can’t go back, that was then! We were kids and had no experience but we had a lot of imagination and crazy energy and we wanted to capture some of that.

SOB: Vision Thing, Solstice Kiss and Who Killed Truth? are my favourites songs. They convey some special euphoria…

Jim Kerr: I’m delighted you liked them! I love Vision Thing! When it comes on I just feel good! It’s the opening chord… It has sad tones but it has joyous rhythm — I wrote it about my father who was seriously ill, and he just told me: ‘go and write music! Don’t let this situation dominate!’
So I was writing a song about a sad situation but making it a joyous song. I don’t think about all this when I hear it, I just feel good!

SOB: Who do you refer to in Human Traffic?

Jim Kerr: It was not just about one person but the world on the move… It was about how people move and why people move… Sometimes they don’t move of their own accord. It was like trying to write a fun pop song about a serious subject. Why do that? Why invert things? I remember in 1989 Prince did the song Sign ‘O’ the Times — in this amazing song he wrote about all the terrible things in the world but he made them sound so romantic, optimistic that we would still move on. Human Traffic is a catchy pop sound but what kind of pop song says ‘it’s high on fumes and misery’?

SOB: When I first heard Solstice Kiss I thought it could be in a movie…

Jim Kerr: You won’t believe what I’m gonna tell you… Solstice Kiss was written for a movie. It’s a movie made by McCallums Whisky. Very briefly, when the founder of this famous whisky died, his wife was told ‘you have to sell the business because women don’t do business’. She was about to sign the documents to sell it and she decided no. McCallums did a beautiful short film about this woman and they asked us to write a song for it so we wrote Solstice Kiss.

SOB: What artists do you enjoy listening to these days?

Direction of the Heart will be released on October 21st. You can pre-order the album here.