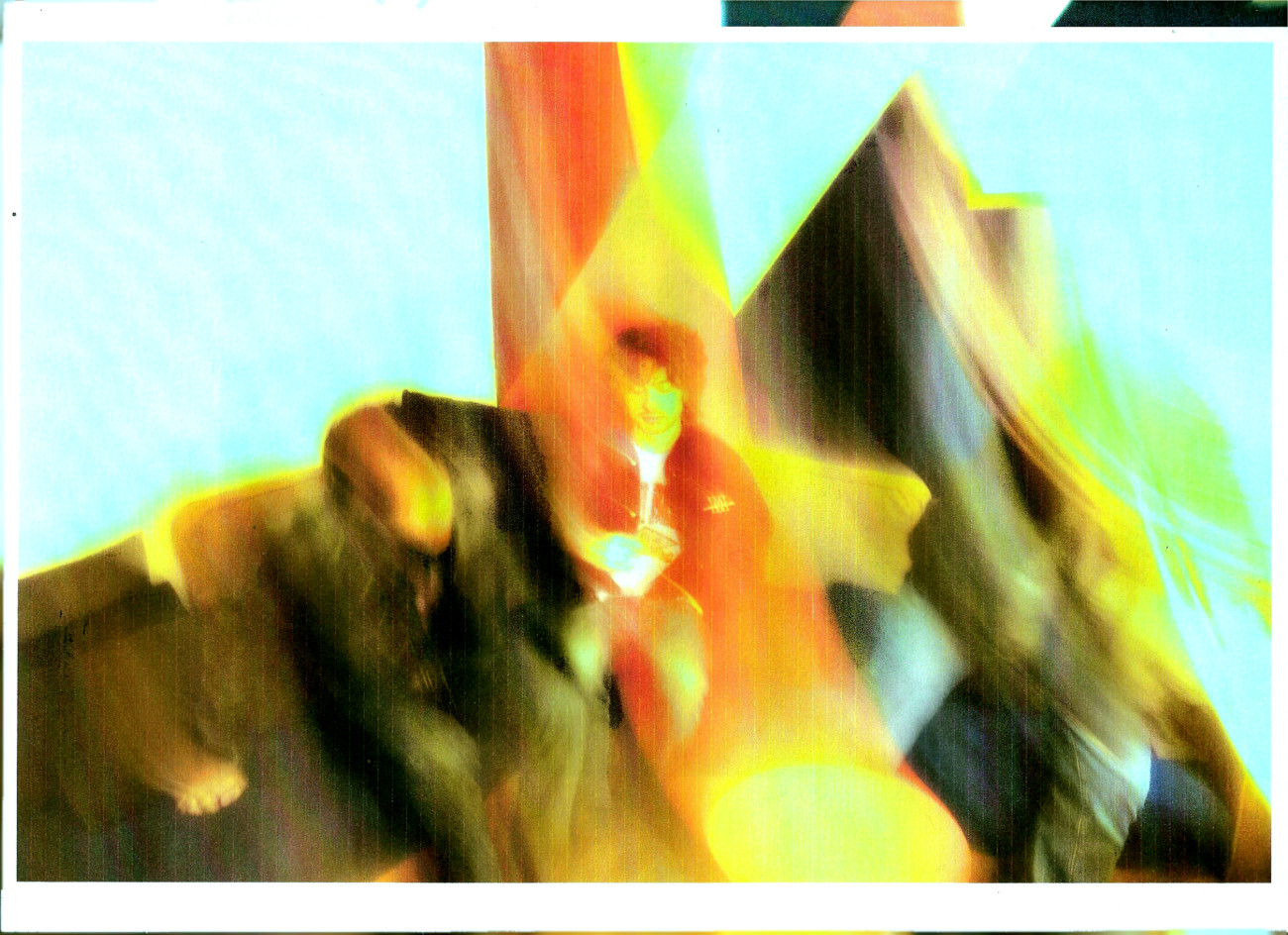 Coming straight from Dublin, we’ve been following Inhaler for a few years now. At the time of their first and last gig in Paris, early 2020, they had not released their first LP “It Won’t Always Be Like This” yet. We met them at la Villette a few hours before they stepped on the stage of a packed Trabendo. Elijah Hewson (singer), Ryan McMahon (drums) and Josh Jenkinson (guitar) replied to our questions in between two afternoon naps, a daily activity they take seriously to keep their energy up while on tour. They talked about the difficult recording of their album, (potential) new music and their current playlist.

Regarding song writing, do you mainly think about how it’s going to sound recorded or live?

Elijah: Live, I think so. I think when we write songs, we always can picture it in a live environment. It’s interesting going into the studio and being able to experiment with sounds. But when we’ve sent our first album around, because we did it in a pandemic and there was no gig, we wanted it to feel like a live album.

You wrote it during the pandemic as well then?

Elijah: Well, half of it yes. We had some songs for years, since we’ve started playing: “It Won’t Always Be Like This” and “Cheer Up Baby”. Then we wrote the second half of the album over the pandemic, so we really wanted it to feel live, you know.

What influences your creative world?

Elijah: I think the people, the people around us and the people who listen to our music, that inspires us. When you get to go out and see them face to face, that really kind of makes you want to write more. That was also a difficult thing about being stuck inside doing nothing, you weren’t getting that physical reaction.

How did you manage to record the album through the pandemic?

Ryan: Just about!
Elijah: Just about, yes. It was difficult, it was really difficult. But we went over to London, we bubbled, we couldn’t see any friends couldn’t go out for a drink nothing. Because if any of us got COVID, then that would be two weeks of the album basically gone.
Ryan: It was an intense affair we had making this album.

How long did it take to record it?

Elijah: 6 years!
Ryan: It felt like it. I think it took us maybe like nine months just because it was so spread out with our time slots in and out of the studio. Also because as we were recording it, we were just bouncing time between making videos, still fun. And on top of this our producer was starting to get other artists coming in. Kind of roughly around that time, for over nine months.
Elijah: We’d been going in and doing bits of songs and then we decided to finish the album over two months, which were really intense. Over there was like what like that two months, which was really intense. That was summer of 2020. We would go into the studio, work 10 or 11 hours, and then come home and we would be with the same people who were in the studio. It was a hothouse environment, a pressure cooker.

Ryan: I guess just having the opportunity to actually put out an album, and to be able to tour it as well. The timing of gigs coming back kind of worked in our favour a little bit. We haven’t been back here in Paris for two and a half years or so. 2020 was when we were last back. So just over two years. The fuck we got to come back and play the album for people which wasn’t released last time we were here. It’s a pretty special thing.

You teased new music, how is that happening?

Ryan: Oh did we?
Elijah: Yes! It’s going well. We’re working on it. It’s hard to find time because this year we’re just basically focusing on playing live so whatever we put out next, we just want to make sure that it’s a step up from the last.

So it’s not going to be anytime soon?

Elijah: Well, it could be…

Ryan: If we get a miracle!
Josh: But we did really good three months in there trying to record, it so we just have to finish the top layer.
Ryan: We’re trying to make sure we don’t say anything too definite too soon as we said that with the first album for three years. On our phones it was like ‘you said it would be at the end of the year’, we were like ’sorry…’.

How do you think it is going to be different from the first one?

Elijah: I think we’ve grown up a lot. And I still definitely think it will be more of a hopeful record, but I think, you know, we’re more sensitive people. I just think with the pandemic, it made us grow up a lot. Putting out that record and playing live again has kind of given us a bit of lease to explore a bit further and talk about things that are maybe a little bit more introspective.

What is your go to music in the shower?

Together: Album!
Elijah: There’s something special about an album.

Do you like to listen to records from first song to the last?

That’s also probably how you write your music to be listened to?

Ryan: Yes, otherwise, we just put out singles.
Elijah: We kind of did do that on the first album. It wasn’t really a concept album or anything like that. We were recording a bunch of singles. But there’s no shame in that. Elvis had no clue what an album was.

What would your dream collaboration be?

Ryan: This is a good question.
Elijah: It’s hard enough collaborating with four people!
Ryan: Could you imagine?
Josh: It’s tough to say honestly! Adding another cook to the broth?

Josh: we love everybody else too much I think!

What were your favourite albums of 2021?

Elijah: ‘Seventeen Going Under’ by Sam Fender.
Ryan: ‘A Hero’s Death’ – by Fontaines D.C.
Elijah: That was 2020.
Ryan: Another one I loved was Wolf Alice’s ‘Blue Weekend’.

Those two years blended into each other. I should rather ask what you listened during quarantine periods.

Ryan: The Strokes album, it came out at the perfect time.
Elijah: It was like a present to the world.
Ryan: And the Fontaines D.C. record.
Elijah: We listened to a lot of our own music because we were working on it.

Are there any artists that you’re excited to see breakthrough in the near future?

Together: Wet Leg!
Ryan: They were on tour with us last October, we were touring the UK with them. They’re the nicest group of people and we became great friends with them. It’s really nice seeing good things happening to good people.
Elijah: And Sun Room that are supporting us on this tour as well. We met in America and we loved them so much that we asked them to follow us over here. They’re great and beautiful people.